Difference between revisions of "Honda CB400A"

After the failure of its 750 automatic, Honda drew some lessons from the experience. There was nothing basically wrong with the idea, but the basic bike was overweight and too expensive, Potential customers were scared off by the excessive size of the machine and by the initial outlay, users who were former motorists were rut off by an appeal to their emotions. Out of this analysis came, in 1978, a new "semi-automatic" bike.

The 400A was closely related to the CB400T launched in 1978. But, the engine was detuned by some 10 horsepower so that it was better suited to a more relaxed mode of riding. The transmission worked on the same principal as that of the 750: A hydraulic converter allowed clutchless selection of a low speed -good for around 55 mph and giving good pickup, or a less responsive high speed. Naturally, a parking brake was provided, and it was impossible to start the engine with a gear engaged or the stand lowered.

The CB400A was not overly expensive and proved popular with the public. Several variants were marketed worldwide up to the early 1980s, in 400 and subsequently 450cc forms. Even fifteen years after the first CB automatic made its debut, there was no automatic two-wheeler (with the possible exception of the Spazio 250 scooter) that offers equivalent performance. 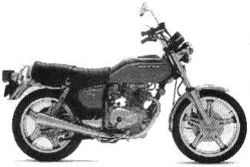 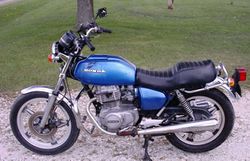 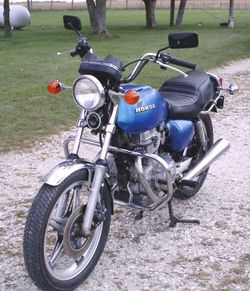 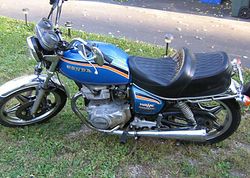 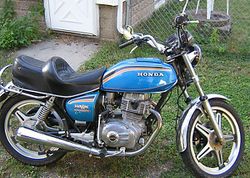 The Honda Hawk Hondamatic designated CB400A'78 was sold in 1978. Two colors were available: Tahitian Red and Candy Sapphire Blue. The fuel tank and side cover stripes were black and orange. The "HONDAMATIC" decal was on the side cover. The left lever was not the clutch lever (because it was an automatic transmission) but a parking brake lever. There was no tachometer -- instead there were gear indicator lamps. The engine was a 395cc 4-stroke OHC parallel twin with two CV carburetors. The transmission was a 2-speed automatic with torque convertor. The serial number began CB400A-2000025. 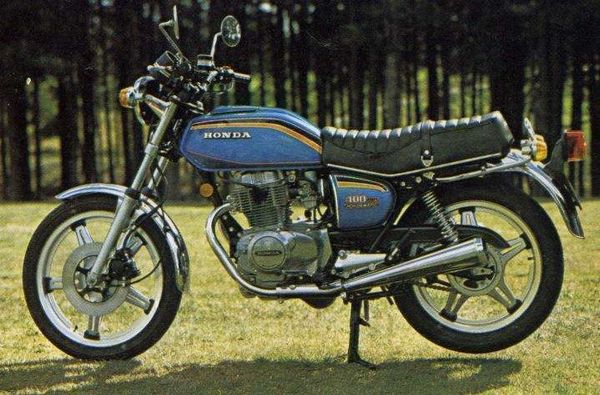 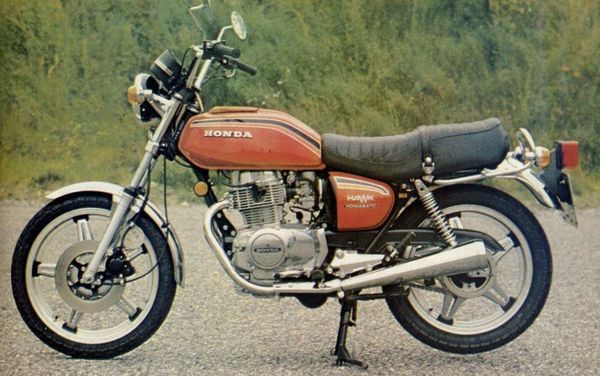 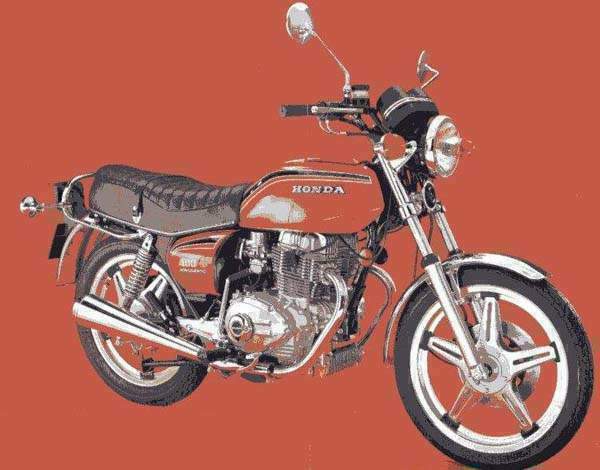