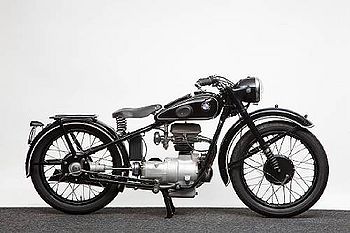 Developed from the single-cylinder BMW R20 of 1937/38, itself a development of BMW's best-selling R2, the R23 was produced between 1938 and 1940, 8,021 examples being sold. Powered by an overhead-valve engine producing 10bhp, the BMW R23 came with a four-speed gearbox and featured shaft drive like the larger models. Weight with a full tank of fuel was 297lbs and the top speed around 60mph (97km/h). This R23 was completed on 22nd December 1939 and delivered to Nibbrig & Greeve in the Netherlands on 23rd July 1940, two months after the Dutch had surrendered to the invading German forces!

The bike has a 3-speed transmission. Power was moderated via the single plate dry. 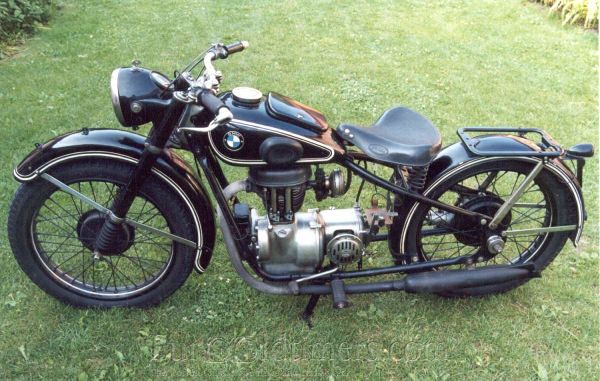 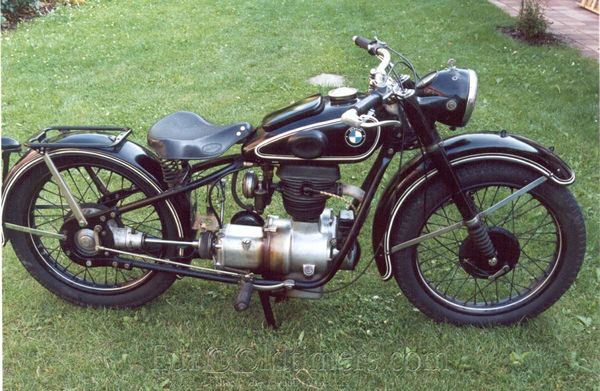 The 1938 BMW R 23 has, at its heart, an air-cooled, four-stroke, 247cc, single cylinder lump mated to a three-speed manual transmission that can produce a claimed 12 horsepower at 5600 rpm. It comes with laced wheels, a sprung seat, a suspension package with a telescopic fork in the front and a hard-tail rear unit, full-coverage fenders, a large headlamp, wide handlebars, and a rear luggage rack.