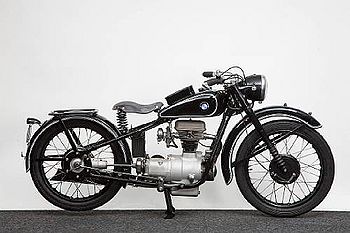 Motorcycles displacing less that 200cc did not have to be licensed in Germany during the early 1930s and thus the category was an important one for all domestic manufacturers. Lightweight two-strokes dominated this sector of the market, which BMW contested with the BMW R2. Launched early in 1931, the relatively expensive four-stroke R2 sold well despite the difficult trading conditions. The 198cc overhead-valve engine was housed in a pressed-steel frame similar in design to that of the twins, and like its larger brethren the single employed shaft final drive. Various improvements were made over the next few years as the R2 progressed through Series 1 to 5. Developed from the best-selling R2, the 192cc R20 was produced during 1937/38, 5,000 examples being sold. The newcomer was powered by a revised 192cc overhead-valve engine producing 8bhp, which was housed in a frame made from bolted-up steel tubes and equipped with an un-damped telescopic front fork. Weight with a full tank of fuel was 286lbs (130kg) and the top speed 59mph (95km/h).

The engine was a air cooled single cylinder, four-stroke. A 63.0mm bore x 64.0mm stroke result in a displacement of just 192.0 cubic centimeters. Fuel was supplied via a overhead valves (ohv).

The bike has a 3-speed transmission. Power was moderated via the dry-multiplate-cable operated. 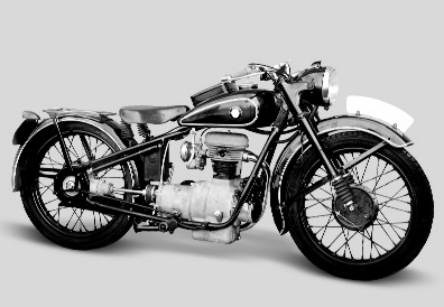 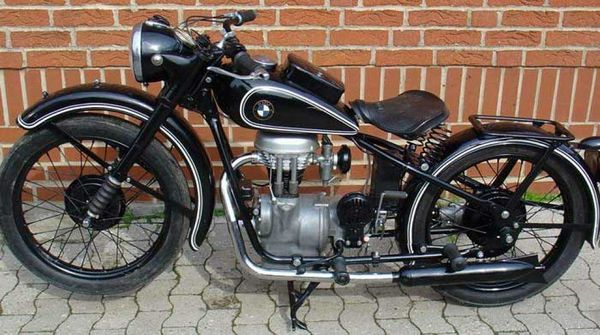 The 1938 BMW R 20 has, at its heart, an air-cooled, four-stroke, 192cc, single cylinder lump paired to a three-speed manual transmission and can reach a maximum power output of 8 horsepower at 5400 rpm. It also comes with laced wheels, a rear luggage rack, a large, round headlamp, a telescopic front fork, a hard-tail rear suspension with a sprung seat, a drum braking system and full fenders.