The engine was a air cooled two cylinder boxer, four-stroke. A 90.0mm bore x 70.6mm stroke result in a displacement of just 898.0 cubic centimeters. Fuel was supplied via a overhead valves (ohv).

The bike has a 5-speed transmission. Power was moderated via the dry, single plate, diaphragm spring.

It came with a 3.25-19 front tire and a 4.00-18 rear tire. Stopping was achieved via dual disc in the front and a expanding brake in the rear. The front suspension was a telescopic hydraulic fork while the rear was equipped with a dual adjustable shocks. The R90S was fitted with a 6.34 Gallon (24.00 Liters) fuel tank. The wheelbase was 57.72 inches (1466 mm) long. 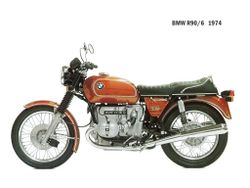 Replacements for the '/5' range, the BMW '/6' series arrived in October 1973. The newcomers were more sportily styled than the outgoing '/5's, boasting new side-panels and silencers, and totally restyled controls and instruments. Like their predecessors, the three '/6' flat twins shared an identical stroke; the 500cc model though, had been dropped in favor of the new 600cc R60/6, while at the top of the range was a new 900cc superbike: the BMW R90S. Apart from the updated styling, the presence of a disc front brake readily distinguished the '/6's, which also benefited from the new five-speed gearbox. 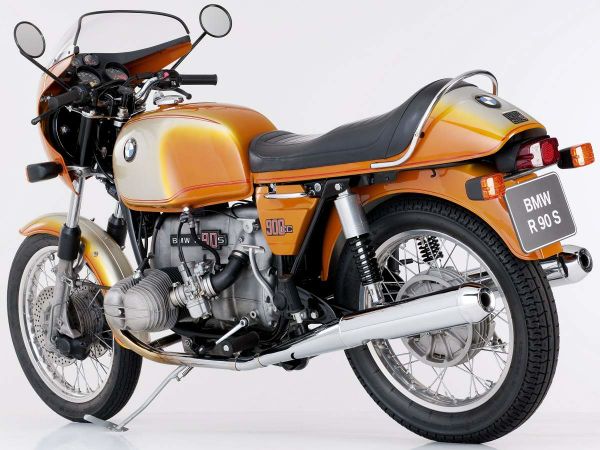 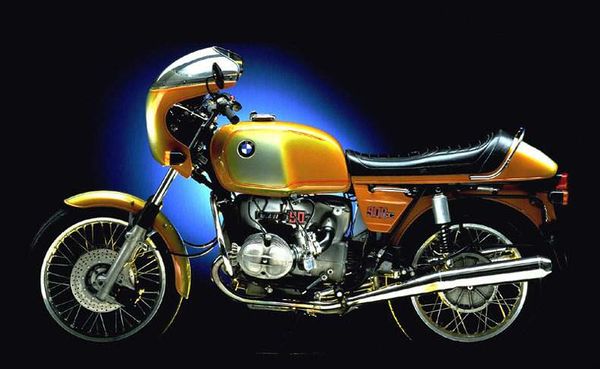 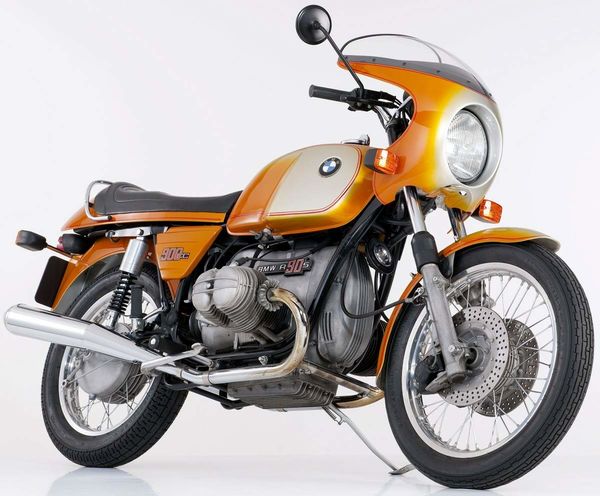 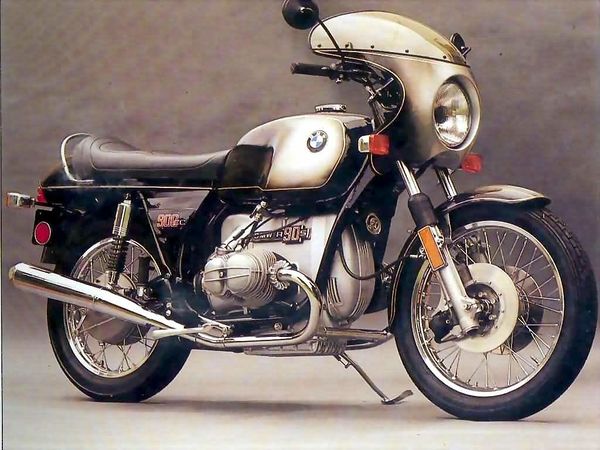 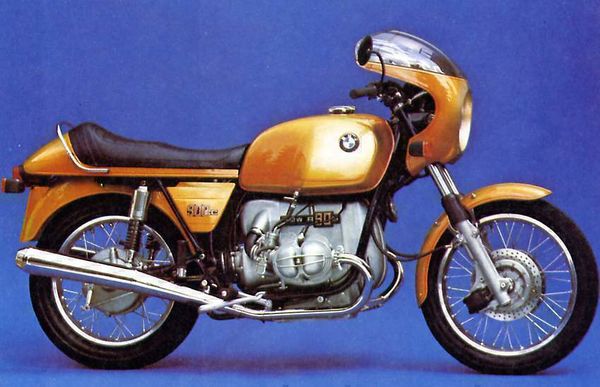 The 1973 BMW R 90 S is one of the most powerful machine designed by the German engineers up to date. It sports an air-cooled, 898cc, two cylinder boxer engine mated to a five-speed manual transmission that can produce a claimed 67 horsepower and 76 Nm of torque.

Also, it comes with features such as a dual seat, a pillion grab rail, a nose-fairing with a windscreen, a dual exhaust system, an analogue instrumentation panel, laced wheels, a telescopic hydraulic front fork, dual adjustable shocks in the rear, dual front disc brakes and a rear drum brake.