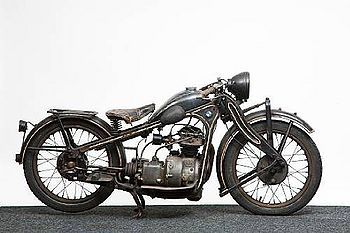 Recognizing the need for a less expensive model to compliment its top-of-the-range twins, BMW introduced its first single-cylinder design – the R39 – in 1925. Powered by a 247cc overhead-valve engine, the R39 came with a three-speed gearbox, and featured shaft drive like the larger models. However, by BMW's standards the R39 was not a great success and this first single-cylinder model was discontinued at the end of 1926. However, the Depression years of the early 1930s brought with them the need for an even simpler - and cheaper - model to compete with the lightweight two-strokes mopping up the lucrative up-to-200cc market. BMW responded with another single, the R2, which appeared early in 1931 and sold well despite the difficult trading conditions. The R2's 198cc overhead-valve engine was housed in a pressed-steel frame similar in design to that of the twins, and like its larger brethren the single employed shaft final drive. Various improvements were made over the next few years as the R2 progressed through Series 1 to 5. 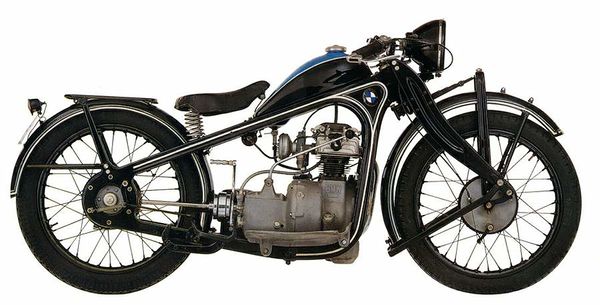 The 1931 BMW R 2 features, an air-cooled, four-stroke, 198cc, single vertical cylinder lump mated to a three-speed manual transmission, that can produce a claimed 8 horsepower and 4500 rpm. This machine also comes with laced wheels, a parallelogram front suspension, a hard-tail rear suspension with a sprung single seat, a large headlight, a rear luggage rack and a drum braking system.

The next years, BMW continued manufacturing the small engines, like R4. Similar to the R 2, it has a 398-cc single-cylinder overhead valve engine that can achieve 12bhp of power at 3500rpm. The R 4 had a great success, 15400 units being produced between 1932 and 1938.