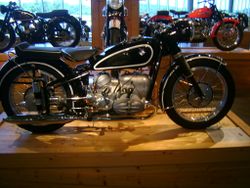 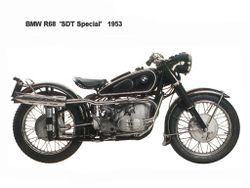 The R68 was BMW's first post-war sports twin. Capable of sustained speeds of 100mph or more, it changed BMW's image from that of building well engineered but unexciting machines. With only 1,453 examples produced from 1952 to 1954, the R68 is an extremely rare machine.

The bike has a 4-speed transmission. Power was moderated via the single plate-saucer spring-dry.

It came with a 3.50 - 19 front tire and a 3.5-19 rear tire. Stopping was achieved via expanding brake (drum brake). duplex full hub in the front and a expanding brake (drum brake). simplex full hub in the rear. The front suspension was a cartridge while the rear was equipped with a twin shock-plunger. The R68 was fitted with a 4.49 Gallon (17.00 Liters) fuel tank. The wheelbase was 55.12 inches (1400 mm) long. 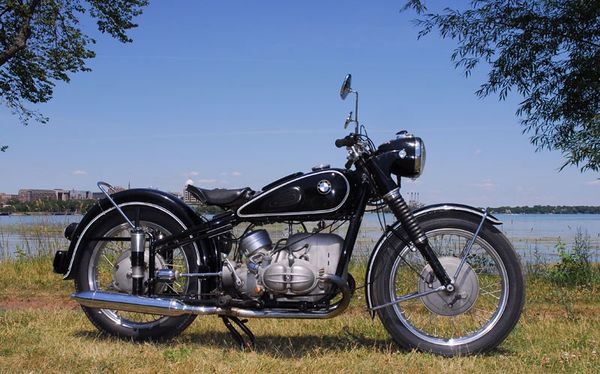 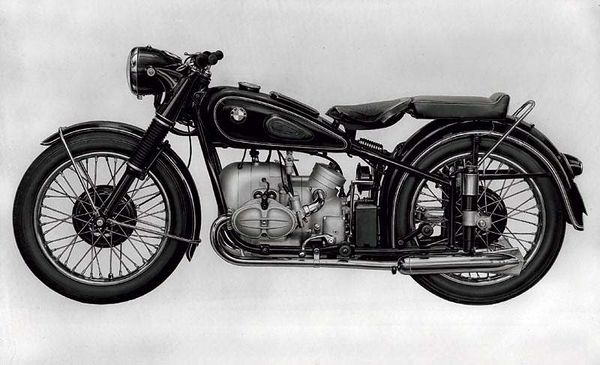 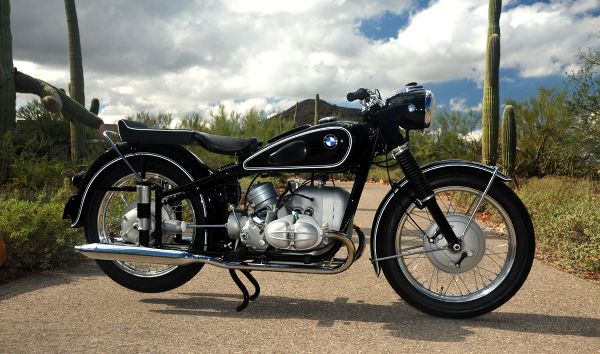 The 1952 BMW R 68 has, at its heart, an air-cooled, four-stroke, 594cc, boxer twin cylinder powerhouse mated to a four-speed manual transmission, and can produce a claimed 35 horsepower at 7000 rpm. In addition, this middle-class machine also comes with features such as a dual seat, laced wheels, a dual exhaust, passenger grab rails, a telescopic front fork, plunger shocks as a rear suspension, a large headlamp, full fenders and a blacked-out, steel frame.