BMW was known for its conservative but innovative approach towards motorcycles before 2006. Release of K 1200 R marks a new era and a new image for BMW.

BMW has also jumped into the technological race between motorcycles manufacturers as this model is one of the most powerful “Naked” production motorcycle in the world producing 163 H.P. @ 10250 Rpm with a huge torque of 94 Lb.Ft. @ 8250 Rpm and a mind numbing explosive acceleration of 100 km/h from stand still in 2 seconds with a top speed over 163 mph 260 km/h (Stats that were previously only associated to Japanese motorcycles).

There are many other radical features in this bike, from its unique styling, front and rear suspension, fully sequential cylinder-specific fuel injection with integrated anti-knock control and a three-way catalytic converter in the exhaust and anti lock break system. Peak torque is available from 3500 rpm all the way to the 11,000-rpm redline. That means wheelies are just a touch of a throttle away! 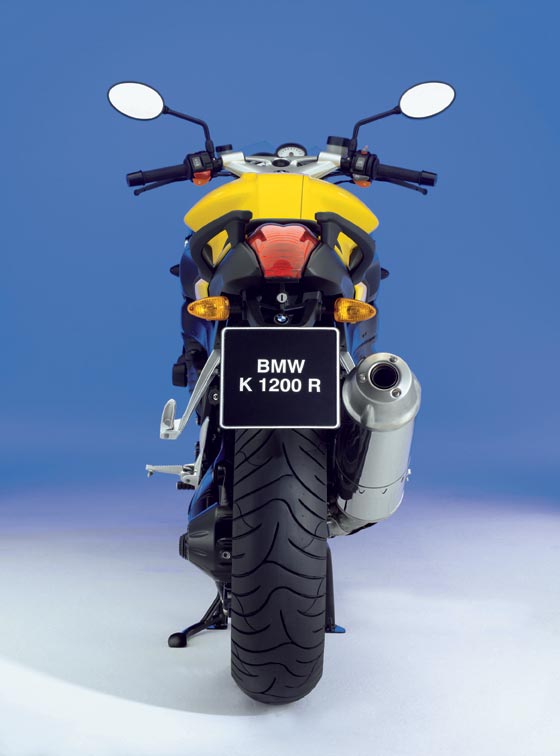 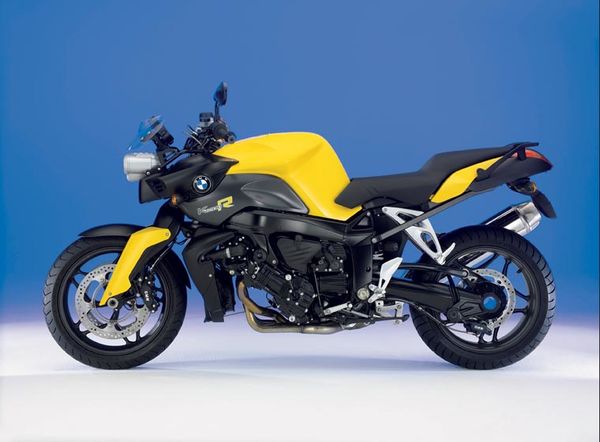 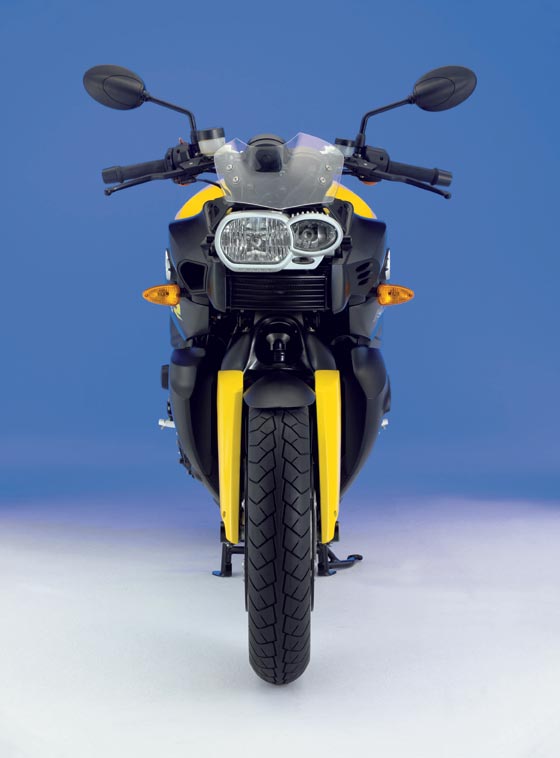 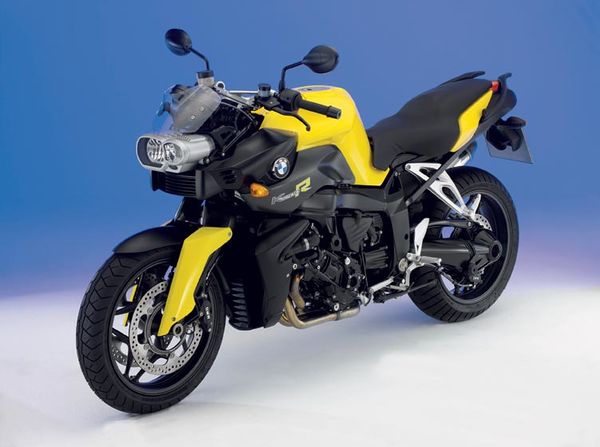 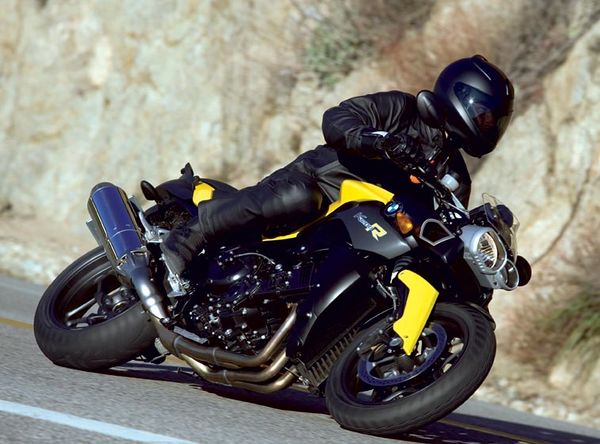 The impressive K1200S has been stripped down to create the naked 2006 MY BMW K 1200 R. Featuring the same, powerful, liquid-cooled, four-stroke, 1157cc, in-line four cylinder engine, that produces 163 horsepower and 127 Nm of torque, as well as the best technologies the House of Munich has developed to date, this machine is one of the most sought after among Beemer fans and not only.

The acclaimed Duolever front and the Paralever rear suspension, plus the Evo braking system make for a plus, safe and highly maneuverable two-wheeler. 237 kg of dry weight translate into a fast machine, which can cause an adrenaline rush with every flick of the throttle. 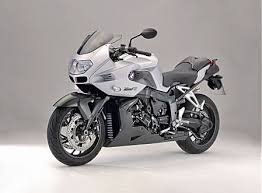 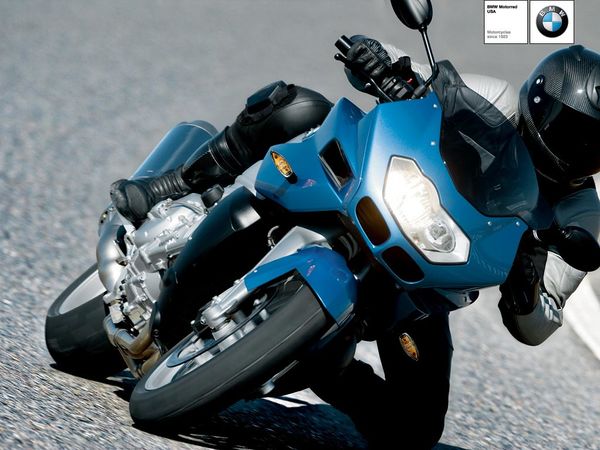 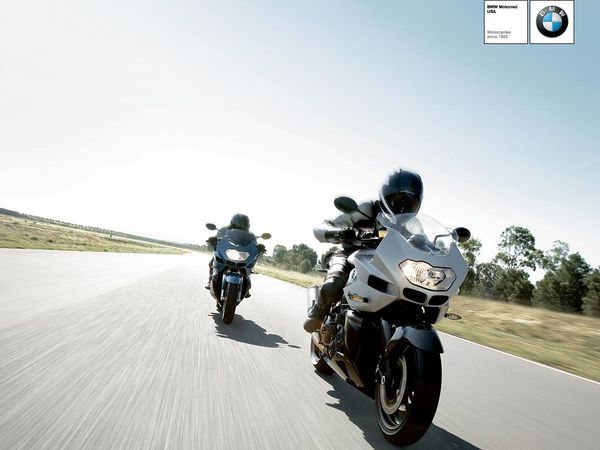 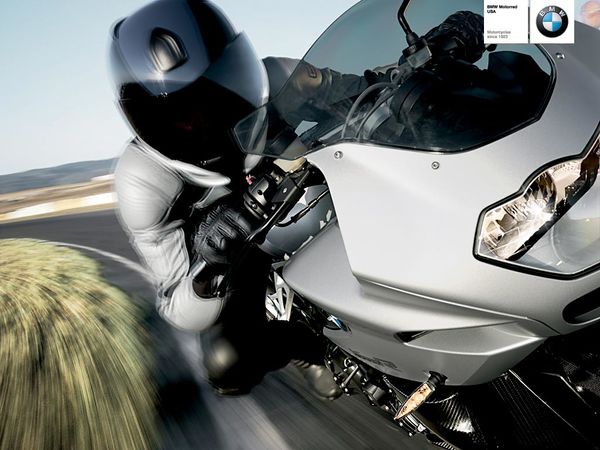 Asphalt-wrinkling power and one of the most comfortable riding positions found on a production sportbike, that's what you get if you become the owner of the 2007 MY BMW K1200R Sport. At its heart lies a liquid-cooled, four-stroke, in-line four cylinder powerplant mated to a six-speed manual transmission, that can produce 163 horsepower and 128 Nm of torque.

It boasts superior maneuvering, as well as a comfortable ride, thanks to the Duolever/Paralever fornt/rear suspension system, plus the high-end EVO braking system with electronically linked ABS. Other technologies such as the Diagnostic Interface and the Electronic Immobilizer increase the desirability of this cool machine. 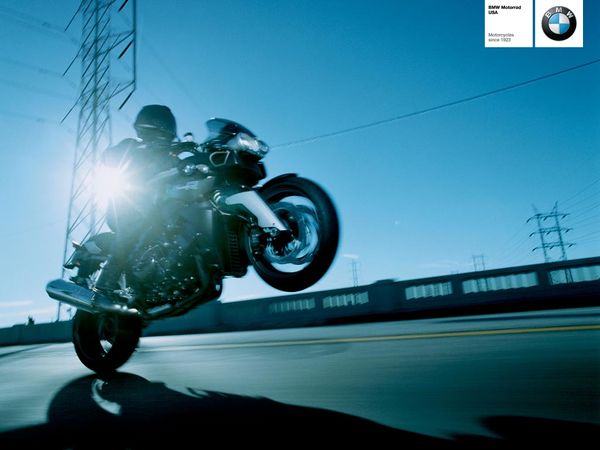 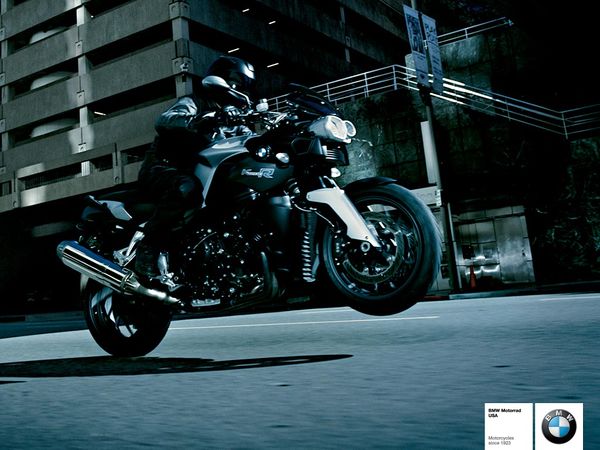 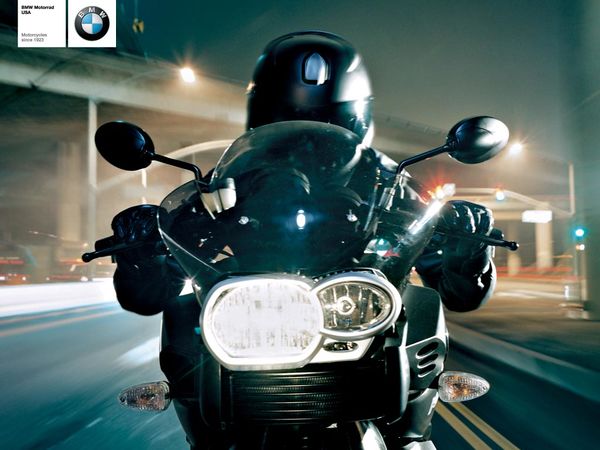 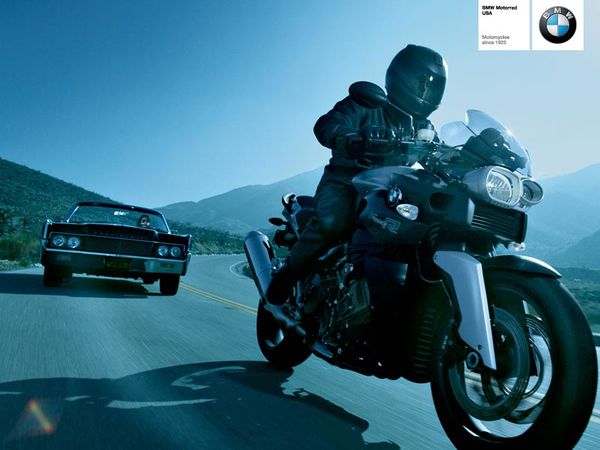 Boasting a 0 to 60 mph time of only 2.9 seconds, the 2007 MY BMW K 1200 R is one of the most powerful naked bikes ever to be designed by the House of Munich. At its heart lies a powerful, liquid-cooled, 1157cc, in-line four cylinder powerhouse mated to a six-speed manual transmission, and can produce 163 horsepower and 127 Nm of torque. The high-end EVO braking system offers superior stopping capabilities, as well as improved performance, while the Duolever/Paralever front/rear suspension package make for a plush ride and great maneuverability. Optional technologies such as the Integral ABS and the Electronic Suspension Adjustment increase its road capabilities, as well as its desirability among naked machine fans. 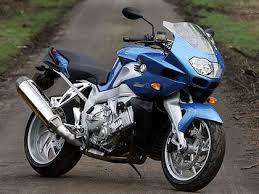 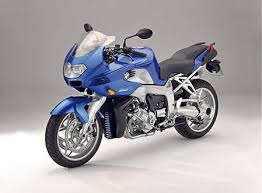 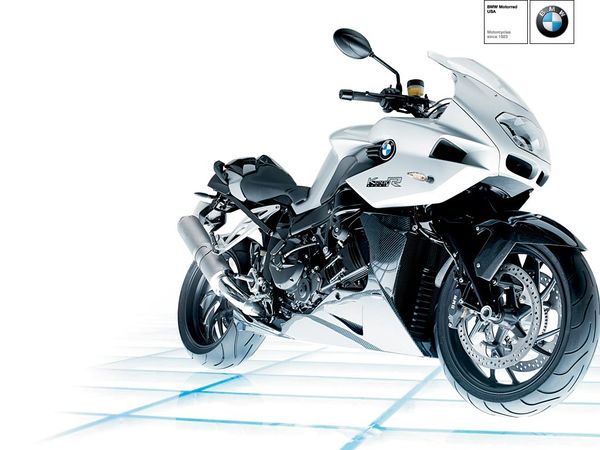 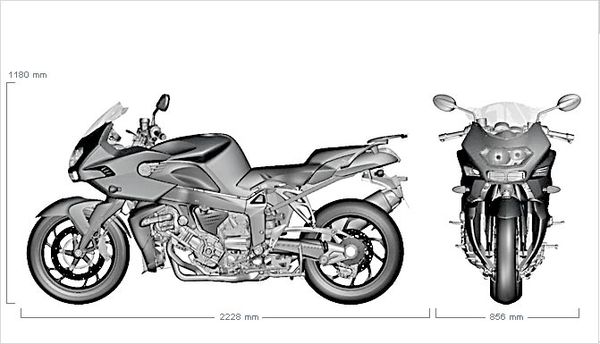 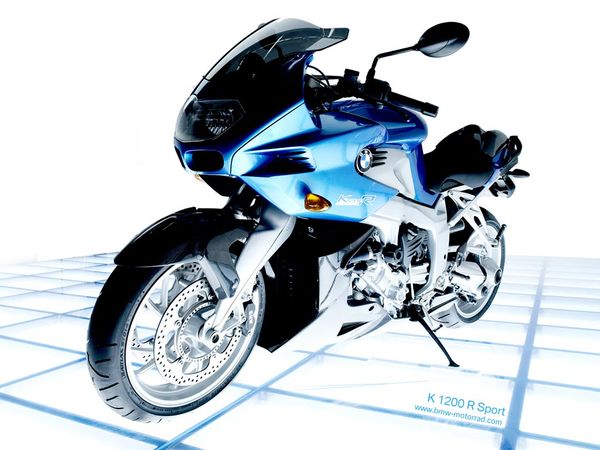 The 2008 MY BMW K 1200 R Sport comes with a liquid-cooled, four-stroke, 1157cc, in-line four cylinder powerhouse mated to a six-speed transmission, and can produce an impressive 163 horsepower and 127 Nm of torque. Also, it comes with the proven Duolever/Paralever front/rear suspension system and a state-of-the-art Evo braking system, which makes for one of the most comfortable, agile and, at the same time, safe machines ever to be designed by the House of Munich.

Also, a wide range of accessories is available, as well as optional technologies such as ABS II, or the Electronic Suspension Adjustment, which seriously increase the performance and safety of this cool machine. 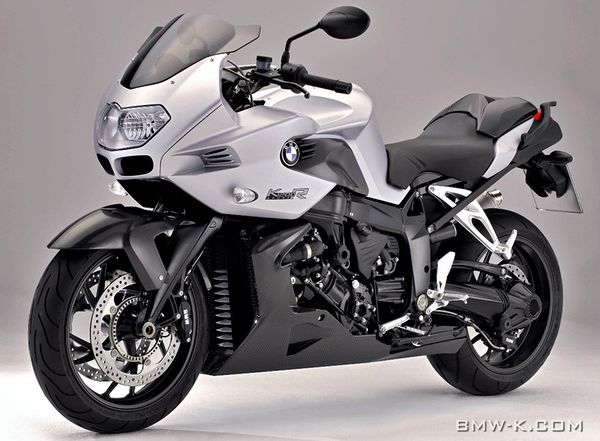 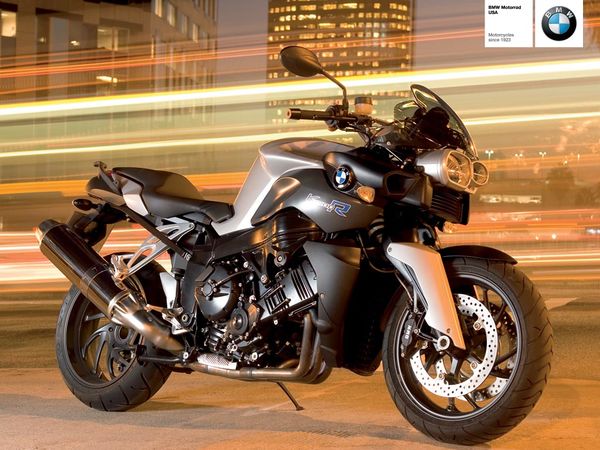 The 2008 MY BMW K 1200 R sports a liquid-cooled, four-stroke, 1157 cc, in-line four cylinders engine mated to a six-speed manual suspension, and can produce an asphalt-wrinkling 162 horsepower and 127 Nm of torque. But power isn't everything that this machine boasts, besides the 2.9 seconds from 0 to 60 mph, it features the acclaimed Telelever and Paralaver suspension system, which makes for a comfortable yet agile ride, as well as the high-end Evo braking system, which ensure a safe and easy stopping power, even from high-speeds. Also, for even more performance, one can purchase it with the ABS II and Electronic Suspension Adjustment technologies.